There may not be a more popular wingman in this galaxy, or any other far, far away, as the legendary Chewbacca. This giant of a Wookie who heralds from the planet Kashyyyk, co-piloted the iconic Millennium Falcon with his friend Han Solo.

For many, the marvelous Wookie marijuana strain plays Chewbacca to their Han Solo as they soar through galaxies on a smoke-induced psychonaut adventure.

This impressive strain comes with a rich genetic lineage on both sides of its family tree, and with that comes a rather fantastic smoking experience.

A heavy and deeply relaxing feeling consumes the body after an initial rush of euphoria, taking the user deep into space.

There is often confusion surrounding this legendary strain, as there are numerous strains with similar names. This is not to be confused with Wookies, Purple Wookie, or Girl Scout Wookies, as these have a different genetic lineage.

Read on to learn all about its history, profile, medical benefits, and growing information.

Wookies is a cross between Big Buddy’s Lavender and Appalachia strains. This gives it an interesting genetic lineage, with numerous legendary strains appearing on both sides of its family tree.

On the Appalachia side, we find Afghani, Green Crack, Tres Dog, and Skunk #1.

On the Lavender side, we again find Skunk #1 and Afghani, as well as Super Skunk and Hawaiian.

This stacked lineage makes Wookie a hearty and resistant strain that packs a Death Star level blast of potency.

Wookie strain was developed by breeders from Bodhi Seeds in Colorado.

Wookie buds are dense and fluffy, with a mint green shade throughout. They are covered in long vivid orange pistils and a rich coating of sparkling amber trichomes.

A delectable combination of sweet, floral, and earthy, with lavender and mint notes, and fresh herbs tingling the senses when inhaled. The skunkiness of its lineage is a warm presence, leaving undertones of dank earth and rich spices.

The refreshing and alluring floral lavender aroma is striking and potent. The dank earthy aroma is not surprising considering the skunky lineage of this strain.

A seriously pungent and potent aroma makes this an impractical strain for low-key smokes. The earthy and spicy aromatics are tinged with a little sweetness.

Caryophyllene brings the rich, musky, and spicy aromatics of cinnamon, oregano, and cloves to the nose. It can be of great help when seeking relief from both physical and mental discomfort due to its anti-inflammatory benefits.

Many strains which are high in Caryophyllene are used in the treatment of anxiety, chronic pain, and fatigue.

Myrcene brings earthy aromas of lemongrass and thyme to the nose.

Myrcene has strong sedative effects and impressive muscle-relaxant capabilities, making it a wonderful remedy for sleep-related issues like insomnia and physical ailments such as chronic pain.

Linalool brings floral notes to the aromatics and aids in reducing stress and creating a calm and peaceful state of mind.

The initial buzz is instantaneous and will shoot you into Hyperspace as you see the stars blur around you. The effects are shockingly fast and powerful, with a deep euphoric feeling flowing through every fiber of your being.

This will help you socialize and feel engaged in the task at hand or environment you’re in. This rush will subdue and be replaced by deep relaxation and calm that tingles through from your head to your toes.

The heavy sedative effects can leave you with couch-lock, though you will be more than content to sit there and journey into the depths of your mind.

Users reported having serious munchies after smoking, though many couldn’t get off the sofa to get their food!

As such, we suggest keeping some food on hand for when hunger strikes. Some found that they had dry mouth, so we also recommend keeping refreshing beverages on hand to stay hydrated.

Wookie works wonders in all manner of physical conditions, thanks to its painkilling and anti-inflammatory properties. Ease muscle tension, chronic pain, headaches, migraines, and cramps, and get the good night’s sleep you’ve been craving.

Those with insomnia or other sleeping disorders may well find a deep sleep is waiting after a bowl of Wookie. Users with arthritis also reported a reduction in their symptoms and improved comfort throughout their bodies.

Users with mood disorders such as depression, anxiety, PTSD, and Bipolar reported great results after using Wookie as a medicinal strain.

The euphoric state of mind one gets eases  the worries of the subconscious away and allows the user to be joyous and present.

There is a lack of growing information available regarding the original Wookie strain due to the lack of available seeds.

Those that have the luck to get hold of a plant have said that it requires a great deal of technical skill to ensure a successful harvest. This is not one for new growers or inexperienced farmers.

Wookie strain has never been available as feminized seeds. It makes this a particularly difficult strain to get hold of, let alone grow yourself.

Wookie is reported to have a growing time of between 7 and 10 weeks, with the longer flowering time meaning a more potent harvest.

Farmers report a moderate to high yield when growing Wookie, though as it’s so rare there are not a lot of resources available with which to paint a clear picture.

Wookie is a truly legendary strain that is a rare sight to behold.  A potent strain that blends light floral lavender with earthy skunky aromatics for some seriously overloaded senses.

This strain is a must-try for any enthusiast out there, though for the inexperienced, please take it easy. If you go too hard on this, you will end up like Han Solo when he was frozen in Carbonite, not a good look for anyone!

Loaded with medicinal benefits as well as a powerful flavor and aromatic profile, this has to be one of the best strains out there in this or any other galaxy (though who wouldn’t want to try some space weed?).

Please excuse me as my Shyriiwook (the language of the Wookies) is a little rough, but here goes.
“Aarrr wgh ggwaaah”. (Let’s go to hyperspace.) 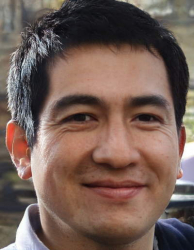